Based in Brentwood, Essex, close to Shenfield, Billericay, and Chelmsford, The Wallace Singers, formerly known as The Howard Wallace Chorale was formed in 1980 with the purpose of performing high quality music from as wide a range as possible, in a style not offered by the many other excellent choral societies and opera groups then existing. A range of lighter popular music is sung, this has had an immediate and lasting appeal,  There is now a regular attendance at performances of the Choir's middle of the road repertoire, arrangements created by Howard Wallace our founder, including many show songs from the 50s and more recent shows such as Les Miserables, Phantom, Oliver, and Miss Saigon. Our repertoire has now been updated to include popular hits from the sixties to present day. Such favourites as Colors of the Wind, From Now On, This is me, Fields of Gold, Skyfall  and many more..

Richard is musical director of The Hythe Singers, The Wallace Singers Landmark Sound, Teatime Opera, APP Singers, and associate conductor of St John of Jerusalem Festival Chorus. He is assistant conductor for Dulwich Chamber Choir, and has been guest conductor of Streatham Choral Society. He jointly runs Vocalize music workshops with Hilary Campbell and is European musical director for Relax Sing Tours. Richard is part of the founding team for the Voices of London Festival, at which he conducted the 2014 festival’s finale, the first staged production of Harvey’s Passion and Resurrection in twelve years.

Richard graduated with an MA in Choral Conducting from the Royal Academy of Music, receiving the Thomas Armstrong Prize. He read music at, and was organ scholar of Fitzwilliam College, Cambridge, where he received the Swinburne Prize, before working as a schoolteacher. Current projects include an opera based on Schumann’s song cycles entitled Unknowing, a male-voice concert series entitled Schubert And The Boys, and planning the Voices of London Festival 2016. 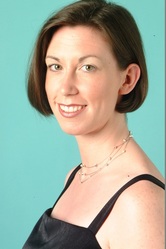 Amanda Romhany  F.T.C.L., G.T.C.L. joined the choir in January 2012.  She studied at Trinity College of Music, in London under Ilana Davids and has since divided her time between performing, teaching classroom music and being a mother of two.
Since 1992, she has been a member of The Orchard Trio, a flute, oboe and piano trio, who have been short-listed for The Daily Express Tomorrow’s People Awards .
Amanda has performed at a variety of festivals around London and the rest of the UK and has provided background music for celebrity banquets, embassy balls and charity galas.

Howard is a genuine cockney, having spent his childhood in the Kings Cross area of London. After being bombed out twice he went to Creaton, in Northamptonshire, for some peace and quiet. After the war he returned to Ilford, on the London/Essex border. His musical talent showed from an early age, when he sang as a soloist for the choirs of the Shaftesbury Homes. After leaving school he joined the Essex Regiment as a bandsman, where he studied the trumpet and cornet and related instruments. He became principal cornet/trumpeter and began to write and arrange music for military bands. Upon leaving the Army he became Bandmaster at the Ilford Salvation Army Corps. Broadening experience and participation in musical competitions led to his desire for a wider musical future, resulting eventually in the foundation of the Howard Wallace Chorale in 1980.

THE REPERTOIRE - " SING WHATEVER IS WELL MADE"

​We tend not to perform complete classical works, but extracts; the Triumphal March from Aida, "The Heavens are Telling" from The Creation, "The Chorus of the Hebrew Slaves" from Nabucco, and the "Easter Hymn" from Cavalleria Rusticana are typical, along with items like the Cantique de Jean Racine. Occasionally we have put on Gilbert and Sullivan, and Music Hall programmes. Our other speciality is in performing Howard Wallace's own arrangements, which are very distinctive, perhaps echoing his brass band background, and challenging and rewarding to sing. These include selections from Les Miserables, South Pacific, and Frank Sinatra and Cole Porter medleys among many others. Whatever we perform, our primary task is to entertain, inspire, and uplift the spirit of our listeners - a duty which comes with the gift of music.